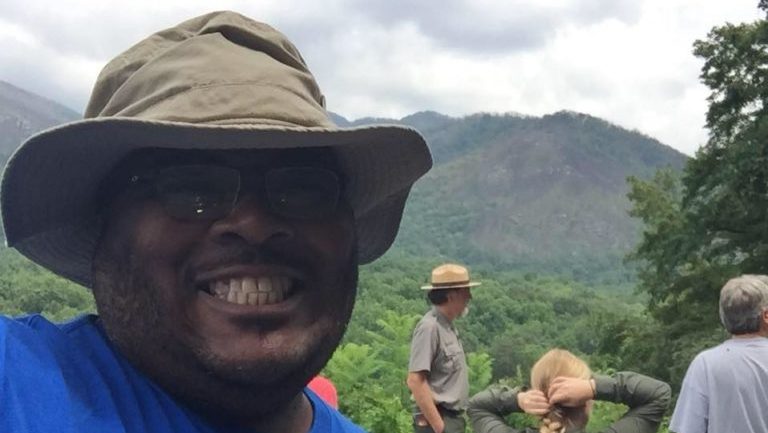 Where are they now?

Andre is now an Oral Historian for The College of William and Mary’s Library.

I am a public historian interested in examining how climate change is affecting African-American farmers along the coast of South Carolina. Furthermore, I am focusing on the ethnocentric impact on the Gullah/Geechee people of St. Helena Island, S.C. by not being able to abundantly produce crops essential to their culture. My aim is to document how the loss of prized farmland due to climate change overall impacts the longstanding culture of the Gullah/Geechee people who have continuously utilized the same farming techniques since their arrival as slaves in the early 1700’s. I want to use this research as a model to examine the impacts of climate change on cultures of other minority farming groups and indigenous people in the United States.

Farming has been an essential component of the Gullah/Geechee community since they arrived as slaves in South Carolina in the early 1700s. Today climate change threatens that very tradition that is rooted in the rice fields of Sierra Leone in Africa. Gullah/Geechee people, much like other continental United States farmers, have run into issues growing some crops that aid in celebrating their culture. My research focuses on how the Gullah/Geechee people have modified some cultural dishes due to the deterioration of farmland caused by the introduction of saltwater and other elements of climate change.

Thus far, I have worked with Gullah/Geechee leaders to organize focus groups of farmers and chefs that will convene in October. Through the use of oral history, climate models and other resources, I will chart the annual impact of climate change since 1980 specifically on St. Helena Island, S.C. where there is still a large contingent of Gullah/Geechee farmers. This research aligns with DOI Priority 3. Restoring trust with local communities.

View a video developed by Andre describing his research as a Global Change Fellow: