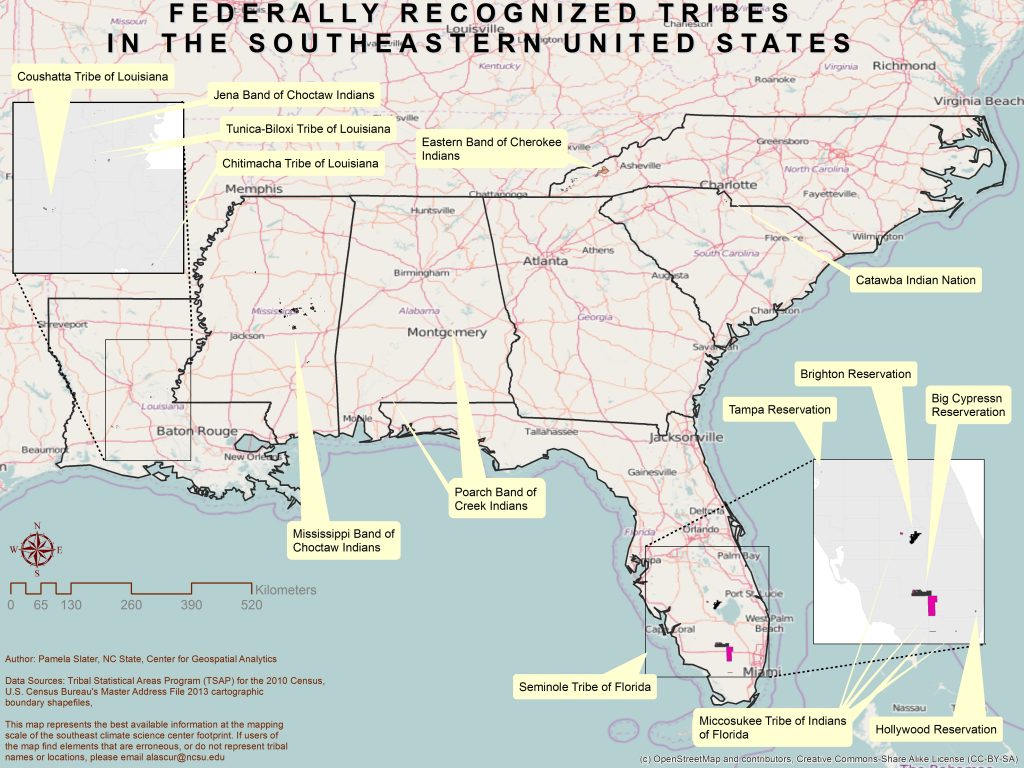 Tribal Nations and Indigenous communities steward natural resources to sustain environmental and human health, traditional ways of life, and cultural identities. This important relationship with both land and water ecosystems makes Tribal Nation governments, agencies, and communities particularly concerned with the impacts of climate change, which can include drought, increased wildfires and extreme weather, sea-level rise and melting glaciers. 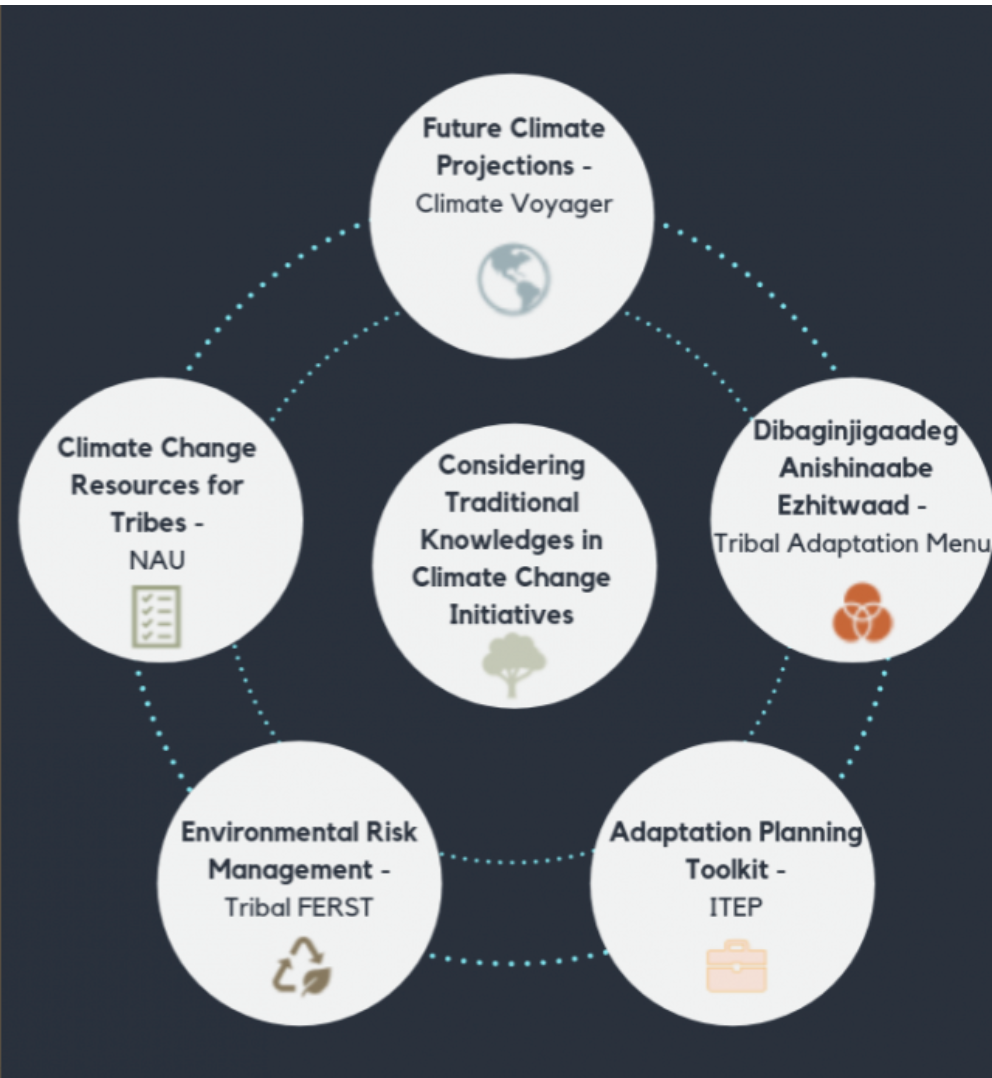 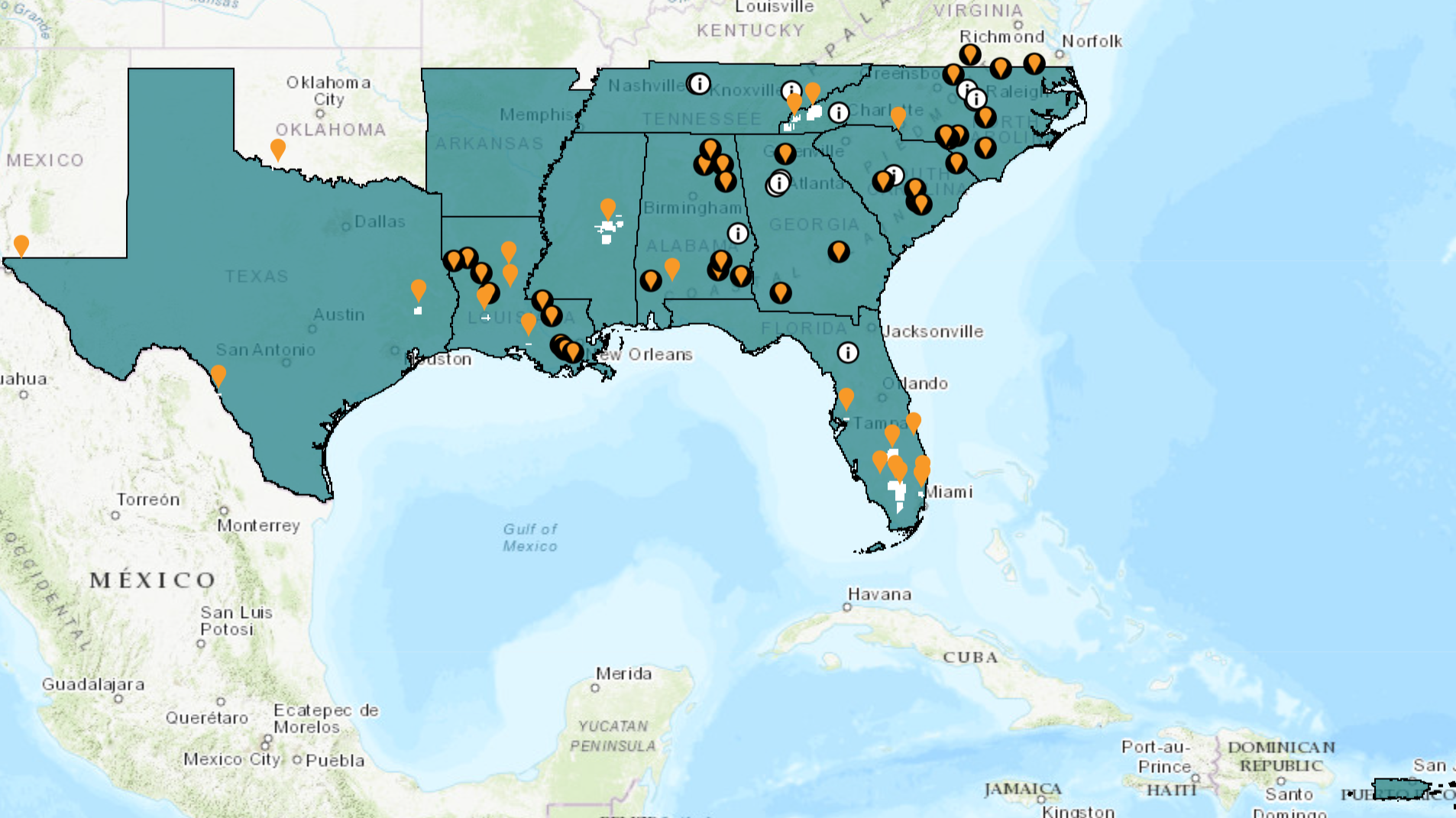 Direct input from and engagement with Tribal Nations and Indigenous communities is crucial for the NCASC and CASCs to provide the appropriate science needed by these partners. Input is also important so that, when appropriate and acceptable, researchers can understand and consider Traditional Knowledges. Input is, in part, gathered through participation from these communities in the regional CASC Advisory Committees.

Casey Thornbrugh, Tribal Climate Science Liaison for the Southeast and Northeast Climate Adaptation Science Centers, acts as the liaison between Tribal Nations in the Northeast and the Southeast, the United South and Eastern Tribes Inc. (USET), the Bureau of Indian Affairs, and climate science researchers. Based out of the Northeast CASC at UMass-Amherst, he provides current climate science information to Tribal Nations on the East Coast and in Gulf Coast states, as well as identifies climate research needs and priorities, and provides climate adaptation planning support for the Tribal Nations. Steph Courtney is the Assistant Tribal Climate Science Liaison with USET, with a particular focus on the Tribal Nations in the footprint of the Southeast CASC. They participate in a network of Tribal climate science liaisons within the Climate Adaptation Science Center network, and a national workgroup of Tribal organizations, Tribal colleges, and other partners to address policy and resource issues associated with Tribal climate resilience.