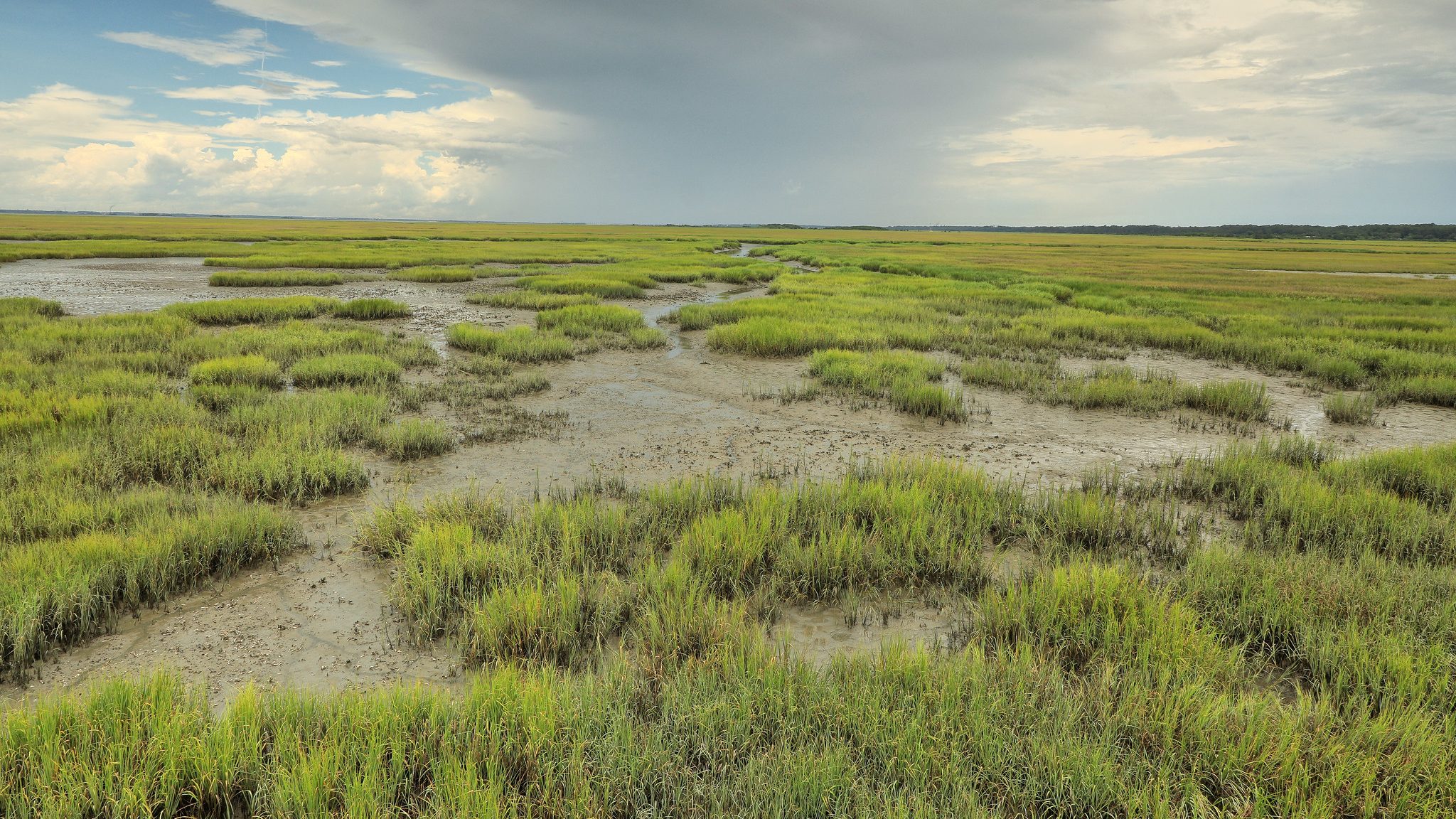 This is a collection of projects that were undertaken by students at the Consortium Universities of the Southeast CASC – Auburn University, Duke University, North Carolina State University, University of Florida, and University of Tennessee. The projects were supported through the NC State host award as a means to extend SE CASC supported work being done by Lydia Olander and her team at Nicholas Institute for Environmental Policy Solutions, mapping the supply of ecosystem services and the demand for those services at the landscape level across the southeastern United States. These maps use data from publicly available, national-scale sources and the student projects were intended to extend the use of the data or methods generated at Duke, or develop additional data, maps, or methods, to support regional mapping of ecosystem services and co-benefits.

Students and postdocs from Consortium universities developed case studies utilizing ecosystem services mapping to address issues of relevance to different resource managers and stakeholders in the Southeast. Products included a 2-page summary of their project and/or a Story Map describing their case study. 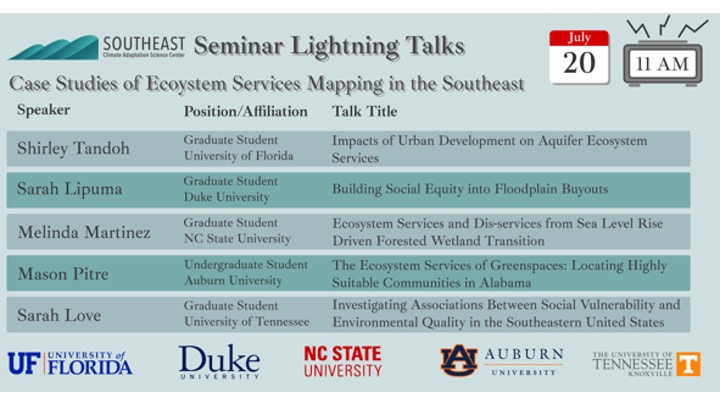 In this webinar, project teams showcase their work and products using a lightning presentation format.

This project extended estimates of carbon sequestration services of coastal lands in NC where marsh is able to migrate inland in advance of sea level rise, to include estimated sources of carbon (ecosystem dis-service) in zones of transition from forested wetlands to marsh (i.e. ghost forests). Stakeholders included National Wildlife Refuge staff who provided sampling permits and advised on locations of transition zones.

This project utilized a large set of indicators of environmental quality compiled by Environmental Protection Agency as well as datasets for open space recreation access and bird watching demand, in conjunction with the Social Vulnerability Index from the Center for Disease Control to examine spatial correlations between sociodemographic characteristics of human communities and air quality, water quality and quantity, and recreational benefits across six states in the southeastern United States. Stakeholders who may be interested in project results include landscape conservation planners and environmental policymakers.

This project used factors known to impact urban heat island – population/building density, land cover type, and per capita income – to perform a suitability analysis for three counties in Alabama to identify prospective areas with high suitability for the installation of greenspaces. Stakeholders who may be interested in project results include community members; local, state, or federal governments; private landowners; land developers; and vulnerable populations such as people with medical concerns or people who work outdoors.

This project drew on data from the NC Natural and Working Lands project and the Social Vulnerability Index from the Center for Disease Control to develop scenarios for flood buyout programs in New Bern, NC after Hurricane Florence based on hazard exposure and restoration opportunities. Scenarios were compared to buyout strategies of the city along with analysis of social vulnerability of buyout property owners. Stakeholders included city and state officials.