This fall and early winter the Southeast CASC is hosting a virtual science seminar series highlighting SE CASC funded projects that support resource management actions across the Southeast. Join us on December 15 at 11am ET for the third presentation in the series, by Dr. Suresh Subedi: Developing Future Habitat Condition Scenarios for Wildlife in the Imperiled Pine Rockland Ecosystem of South Florida. Learn more about the series here.

Register for the webinar

Webinar Overview:
Approximately 90% of Pine Rockland habitat in south Florida and the Florida Keys, USA, has been lost, fragmented, or degraded because of urbanization or other anthropogenic disturbance. Furthermore, low-lying islands and coastal areas are experiencing sea-level rise and an increased frequency and intensity of high tide flooding, putting Pine Rockland habitats at increasing risk of ecological change. We evaluated changes in the extent of Pine Rockland habitat under future sea level rise and human scenarios for two endemic, at-risk species of snakes, the Rim Rock Crowned snake (Tantilla oolitica) and the Key Ringneck snake (Diadophis punctatus acrinus). We used recent and historical species records to determine their current habitat range in South Florida and estimated the extent of future habitat loss due to sea level rise and continued human development, as well as projected differences between the two species and across their habitat ranges. Our results predict that saltwater intrusion due to sea level rise as well as short-term stochastic events such as storm surge and high tides will degrade large amounts of upland Pine Rockland habitats due to saltwater intrusion. A large amount of rockland habitat (up to 47% by 2030) will be lost to development within 10 years. Therefore, immediate mitigation actions may be needed to conserve specialist species within upland habitat which are threatened by detrimental human modifications and global climate change. Learn more about this project.

Learn more about the Speaker: 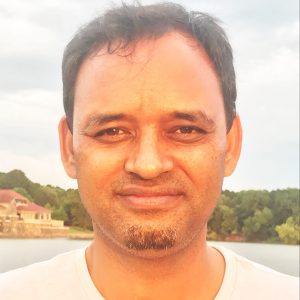 Dr. Suresh Subedi is an Assistant Professor of Biology in Arkansas Tech University. He is involved in research related to the effects of climate change on natural resources and wildlife management. He is mainly interested in merging modelling and field-based approaches to predict community interactions and environmental adaptation to climate change.